Home • News • Universities as agents of social change: what are we really doing to make sure Black lives matter?

Universities as agents of social change: what are we really doing to make sure Black lives matter? 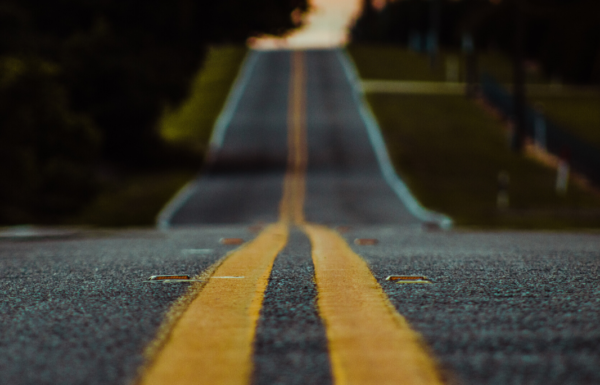 In recent weeks, many universities have issued statements expressing support for Black Lives Matter. Less clear is how they plan to translate these statements into commitments and concrete actions for creating more racially diverse and inclusive environments for BAME students and staff, not least in the context of Covid-19.  Here, SUMS Principal Consultant Helen Baird explores sector research and examples of good practice to help universities make meaningful change.

The Black Lives Matter movement and ongoing international demonstrations in the aftermath of the killing of George Floyd have shone a renewed spotlight onto how institutions across multiple sectors are addressing racial inequalities. This enhanced awareness of racial inequality has been compounded by the disparities in how BAME groups have been affected by the Covid-19 pandemic.

Undoubtedly, these issues will be having a dual impact on BAME staff and students within universities, and they may require additional support.  Some universities are already offering extenuating circumstances for instance to black students who feel their work has suffered due to the emotional effects.

In recent weeks, many universities have issued statements expressing support for Black Lives Matter. Less clear is how they plan to translate these statements into commitments and concrete actions for creating more racially diverse and inclusive environments for black students and staff, not least in the context of Covid-19.  Now, more than ever, universities need to take a lead role in driving critical social change.

Colonial connections
Much of the debate in the HE sector over recent weeks related to the Black Lives Matter protests has focused on universities’ endowments from families of those involved in the transatlantic slave trade, and the successful campaigns for the removal of controversial statues and iconography commemorating them. Several universities have already started, or are in the process of, researching their links with slavery. In some cases, universities have sought to make amends through restorative justice schemes.

There has also been the renewed call for universities not already doing so to modernise their syllabuses through “de-colonising the curriculum”. A recent FOI request by the Guardian found that just 24 of the 128 UK universities which responded have committed to such curriculum reform. Just two have expressed their commitment in their strategic plans, with two others mentioning it in their curriculum framework. The majority are reforming the curriculum in more limited ways, such as making the syllabus more diverse or international, but 20 universities said they are doing no work at all in this area.

Incorporating a wider range of perspectives into the content of the curriculum should be a priority for institutions seeking to create more racially diverse and inclusive environments. Here are just two examples of the many universities with effective practice in this area:

Inequality in outcomes among groups of students
Much of the focus of universities’ efforts to tackle racial inequality in recent years has been driven by the persistent gaps in access, retention and degree and employment outcomes between different ethnic groups of students.  Black students are underrepresented at the most prestigious universities and they have lower retention rates across the sector than any other ethnic group. Moreover, there is a clear attainment gap between BAME students and their white counterparts achieving a first or upper second-class degree, and this gap is widest between white and black students (22.1% in 2018/19 on average and in some cases this is at least double). Additionally, just published results of the Graduate Outcomes survey for 2018 show that 62% of white graduates but just 56% of graduates in BME groups were in full-time employment 15 months after graduation, and that graduates of black, Asian or other ethnicity were more likely to be unemployed than white graduates.

Driving change
In England, the Office for Students is seeking to eliminate such gaps through targets for itself and requiring access and participation plans and annual impact statements from universities on how they will improve equality of opportunity for underrepresented groups. OfS advises universities to have an institution-wide commitment to access and participation.  This should include clear leadership from senior teams and governing bodies, alongside joined-up strategies to effect positive change.  A ‘what works’ centre, TASO, provides resources and evidence on the impact of different approaches to widening access and improving outcomes and progression for disadvantaged students.

In a joint 2019 report, Universities UK and NUS suggest five steps for universities to address the BAME student attainment gap:

Some commentators point to the complex reasons for the BAME attainment gap and the need for universities to initiate more ‘belonging interventions’ to help overcome feelings of alienation among students. Creating a ‘culture of belonging’ within an institution needs to take place at various levels and takes time.  Others call for equality impact assessments on any major decisions (common in other sectors such as local government), particularly in relation to plans for the next academic year.

Racial harassment affecting students
Another important aspect of this is the HE sector’s work to better understand harassment and hate crime based on race and other protected characteristics.  The sector is also looking at effective practice in preventing and responding to such incidents looks like. Although many institutions have made progress in tackling sexual misconduct, there remains much more work to be done in raising awareness about and tackling racial harassment affecting students.

As the Equality and Human Rights Commission concluded in 2019, racial harassment is a common occurrence in UK universities. The EHRC found that 24% of students from an ethnic minority background and 9% of white students have experienced racial harassment, and that two-thirds did not report this to their university. Effects of racial harassment can be that “students with huge potential are being left behind, with their grades suffering, a negative impact on their mental health and, in some cases, not finishing their course at all.” The EHRC recommends multiple actions for government, the OfS, university leaders and governing bodies on improving protections, transparency and scrutiny, to effectively redress and change university cultures.

More recently, the OfS has set out proposals on how it will regulate harassment and sexual misconduct, through a statement of expectations for HE providers on preventing and responding to incidents, and on handling complaints. A consultation on these proposals, which has been on hold during the Covid-19 outbreak, is expected to resume soon.

The impact of Covid-19 on disadvantaged groups
There is growing concern about the disproportionate effects of Covid-19 on the physical and mental health of BAME students and how this could further impact inequalities in retention and attainment outcomes between groups of students. Additionally, given BAME communities also have higher rates of poverty than white communities, students from these groups may also be impacted financially by the pandemic. They may have fewer resources such as laptops, Wi-Fi and adequate study spaces in which to be able to access online learning resources.

Universities will have to find creative ways of monitoring, seeking to engage and targeting specialist interventions and support at an early stage with groups of vulnerable students over this period, and in the next academic year. Otherwise, the risk is that more BAME students will drop out, not fulfilling their potential. Some universities are already aware of this and are looking at how to use existing student monitoring and engagement systems and predictive analytics – normally focussed on physical attendance – to identify disadvantaged groups and individual students in online or blended learning environments.

Additionally, the Runnymede Trust has called for universities to consider ‘contextualised admissions’ criteria in response to the effects of Covid-19 on disadvantaged groups at the start of the student lifecycle. Universities should ensure that students from lower socio-economic backgrounds and from black and other minority ethnic groups do not lose out on the opportunity to attend more selective universities as they can be at higher risk of having their final grades under-predicted, compared to their peers from more privileged and other ethnic backgrounds.

Conclusion
Despite the well-known and documented issues affecting BAME students through the successive reports, reviews, unconscious bias training and frameworks developed at university and sector level, there has been little real change over the past few years.  Real change must be more than virtue signalling for a sector that prides itself on being values-driven.

Moreover, given the multiple pressing issues that university leaders and managers are grappling with at this challenging time, the risk is that diversity and inclusion will fall further down the list of institutional and individual priorities. It is crucial therefore that universities are encouraged and supported to see the value of embedding diversity and inclusion within their institutions. Now is the time to make the structural changes needed to tackle racism and create more diverse and inclusive environments for all their students and staff.

SUMS is organising a series of diversity and inclusion events over the coming months for our university members to facilitate the sharing and dissemination of effective practice. Our first event will be held in July 2020 and will focus on recruitment, retention and the curriculum. For further information please contact Marion Hutchins our Head of Marketing & Communications.

Change Management in Higher Education: Pre-, During and Post-Pandemic

Harnessing the Revolution: How Service Design Can Transform Higher Education

Hear from Leaders in Higher Education on International Women’s Day